Actors are completely hierarchical. Whatever Actors that you create HAS to be a child of some other Actor.

Let's analyze that a bit :

Say, we create an ActorRef using ActorSystem.actorOf and try to print its path.

As you see, a path looks very similar to a file path in a file system. 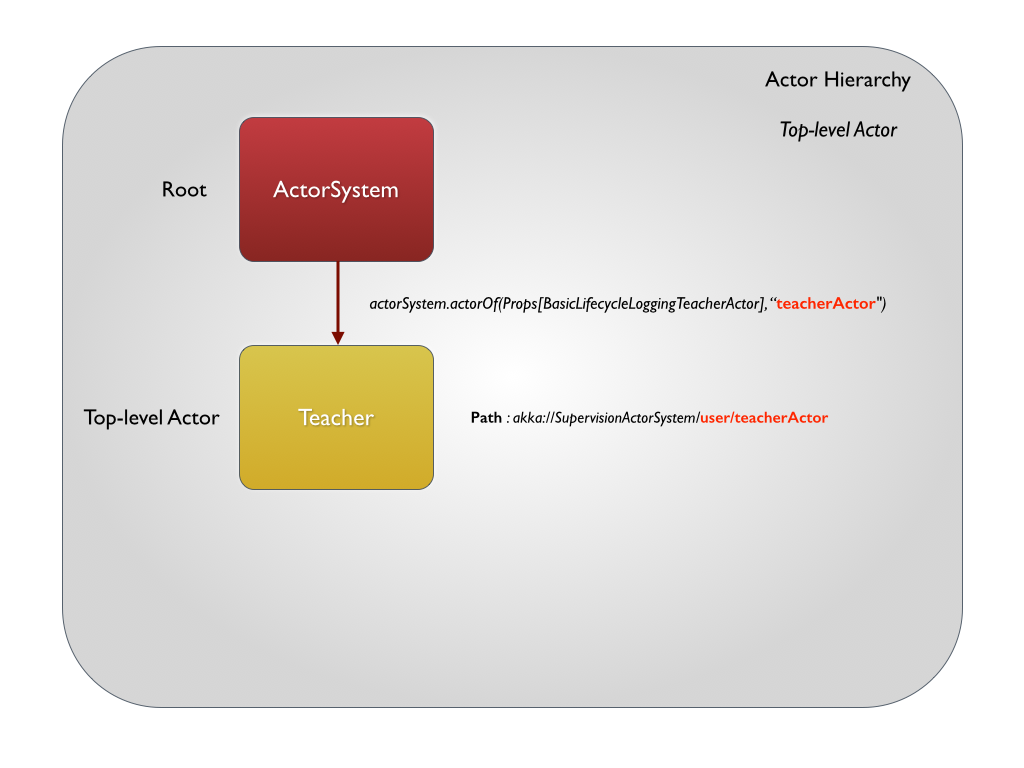 Similar to top level actors which we create out of ActorSystem, we could also create child actors out of the ActorContext. In fact, the power of Actors's fault tolerance primarily lie within leveraging the Actor hierarchy and the ability of a parent to manage the life of child actors.

Assume you have a TeacherSupervisor and you would like to create a TeacherActor to be a child of the Supervisor, you do a ActorContext.actorOf instead of a ActorSystem.actorOf:

Frankly, in any application, you will be creating a whole lot of child actors than top level actors - which means that you'll be calling a lot more actorContext.actorOf than actorSystem.actorOf. 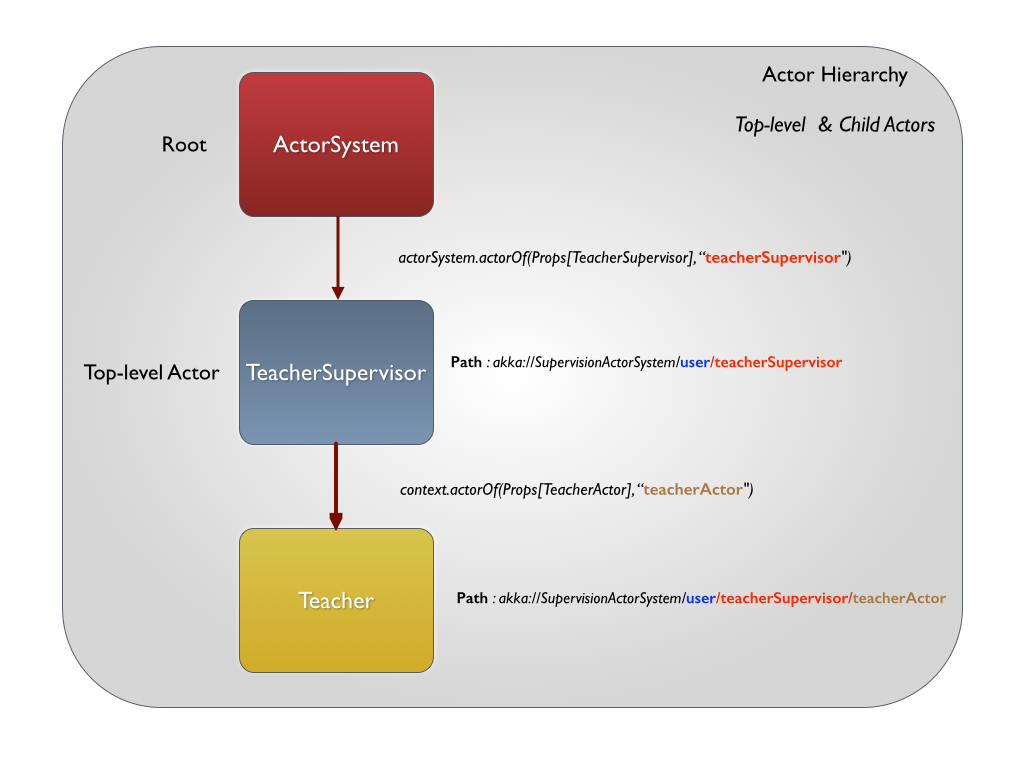 You'll notice that the path of the child actor is akka://SupervisionActorSystem/user/teacherSupervisor/teacherActor, which is very similar to the path you get when you create a child folder within a parent folder.

When do you create child Actors?

Also, there's nothing which is stopping a child actor from creating children to delegate its subtasks. Actors and their creation are really cheap but the power that comes with it is amazing (we'll see about this while we talk about supervision).

Now what is that user in the path?

For lack of a creativity, let me compare the ActorSystem to a Unix file system - with a / root folder and all those /etc, /usr, /bin and various other folders.

Codewise, the ActorSystem composes three Actors inside it (via ActorRefProvider). Those are the root for ALL the Actors that gets created under the ActorSystem. 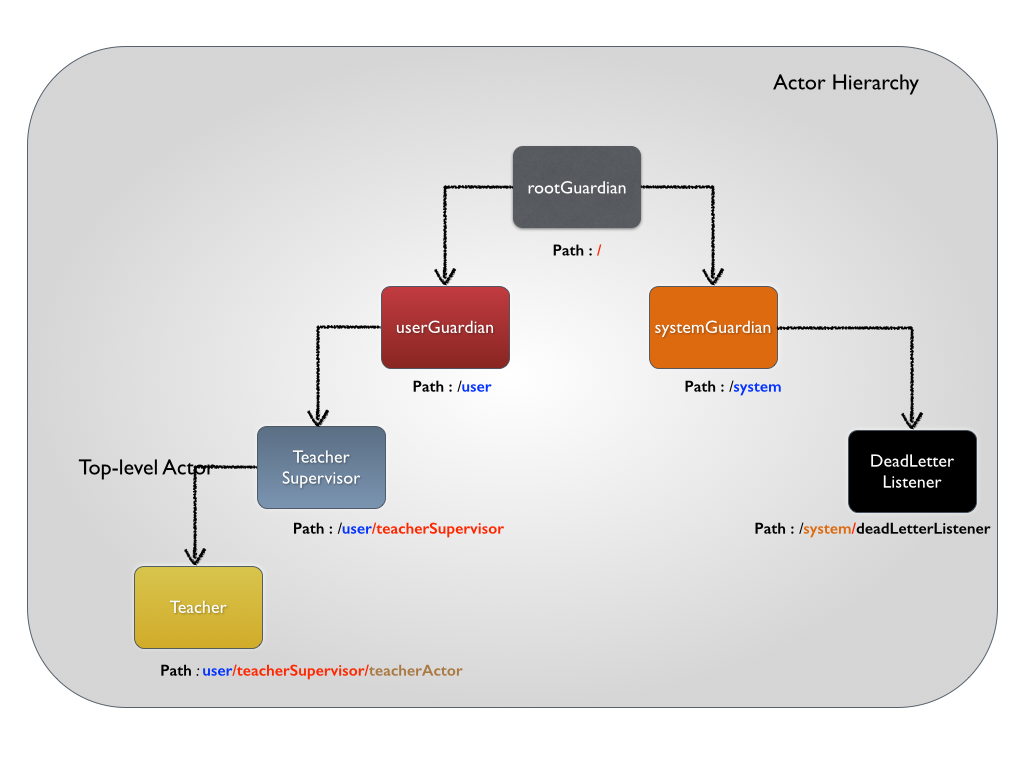 Any Actor that you create in your program like the StudentActor or the TeacherActor using the ActorSystem's actorOf method would directly fall under /user. That's the reason your teacherActor in the first part of this write-up had the path slug /user/teacherActor.

We could see two distinct places where System Actors are being created - I mean actors under the /system hierarchy.

The documentation here says that any Actor that is configured in the configuration files and created and deployed into the ActorSystem while it starts, falls under the /system umbrella. Let me update this post when I find something interesting around this

As we saw earlier, the / Actor is the parent of the user and the system guardians.

Technically, there's a superfluous parent for the root actor too. This Actor's only job is to shut down the entire ActorSystem if the root actor fails. Since it's strictly not considered within the Actor hierarchy, the Akka team calls it :

When we talked about Actor lifecycle, we saw that Actors could be…