Extremely sorry about the delay on Part 2 of this series. Graduate exams are just round the corner and I am unable to find time for quality research. Exams get over by end of November.

I thoroughly enjoy Geb and I think it is the most stylish way to write functional tests. 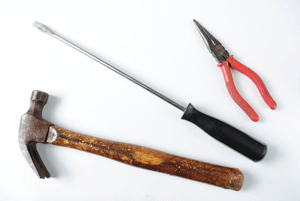 Say, you have a registration form with input textbox which has an id of "nametext". How would you get the handle of the textbox? In DOM terms, in javascript, you would just do a

In Selenium, you would do a very similar thing

So, if you would want to populate Jason in your text box in Selenium, you would do a

If you do that for all your input fields, very soon your testcases become ugly and hateful. Instead of that, in OO terms, you encapsulate. You create a new class, say RegistrationPage and wrap your findElement and sendKeys as in :

and from your testcase, you would say

In fact, Geb leverages PageObjects in a much better way - jQuery selectors to the rescue

and in your testcase, you would just say

(you could do even better. Stay tuned)

If you are looking for evaluating an infix expression with parantheses, don't…

I love reading code. For two reasons : 1. If the code is…